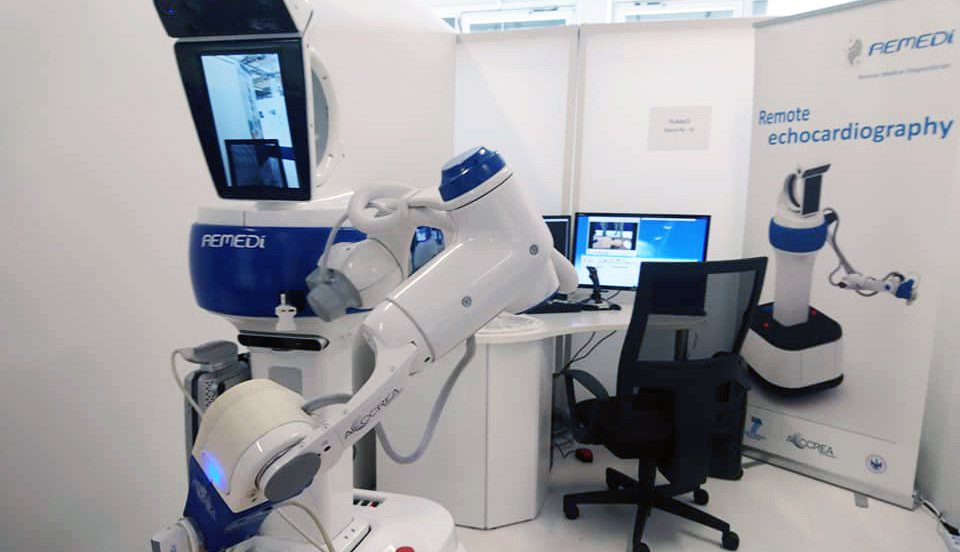 The project’s main goal was to build a robot with control station, that allows remote (online) USG and palpation examination, using haptic interface. ReMeDi robot is a kind of “extension” of doctor’s body, which enables him to move around the patient and to feel all the forces acting on robot’s arm.

My tasks, as part of ReMeDi, included: